Earlier this month the third annual ZIKAction Consortium meeting took place in Brazil. On 3-5th November around 40 scientists and health professionals gathered in Rio de Janeiro to discuss the ongoing project studies, review the progress already made and to deliberate on the challenges faced on the path towards a successful implementation of the project.

The first day of the meeting included an overview of the vertical transmission (VT) studies in Jamaica and Haiti, a summary of laboratory results and current diagnostics as well as case study findings from Spain. This was followed by a fruitful plenary discussion on a wide range of burning issues and questions.

The second day of the meeting began with a discussion on operational VT issues and an extensive paediatric study overview. Short paediatric presentations from a number of sites in Brazil followed, sharing experiences of day-to-day work with zika-infected mothers and children. Later that day several thought-provoking studies were presented such as the ovine zika virus infection model, the zika virus replication and attachment to the placental interface study as well as preliminary nanostring data. Health monitoring apps and the possibility to monitor arbovirus infections using them were also presented. An overview of the activities from the project management office guided the audience through the achieved goals and the way forward for the upcoming duration of the project.

The final session of the annual consortium meeting was kindly hosted by FIOCRUZ, one of the members of the consortium. After the opening session by Jose Paulo Gagliardi Leite, the Director of Institute Oswaldo Cruz and Wim Degrave, the Representative of the Vice-President for Research, an interactive presentation session took place. Alongside discussions on a potential zika vaccine and the modeling of zika virus infection using biomimetic models of the human brain, the representatives of ZikaPLAN and ZikAlliance were also invited to present an overview of their projects. Ending with a closing word from Nisia Trindade, the President of FIOCRUZ, the ZIKAction Consortium meeting drew to an end.

Various important decisions and outcomes were achieved during this meeting. The engaging discussions have given clear directions that the work packages need to take in order to fulfil their goals. The amendments that will be made after the meeting should benefit the researchers as well as the project management team and guide the ZIKAction consortium at least until the next meeting in Ecuador in 2019. 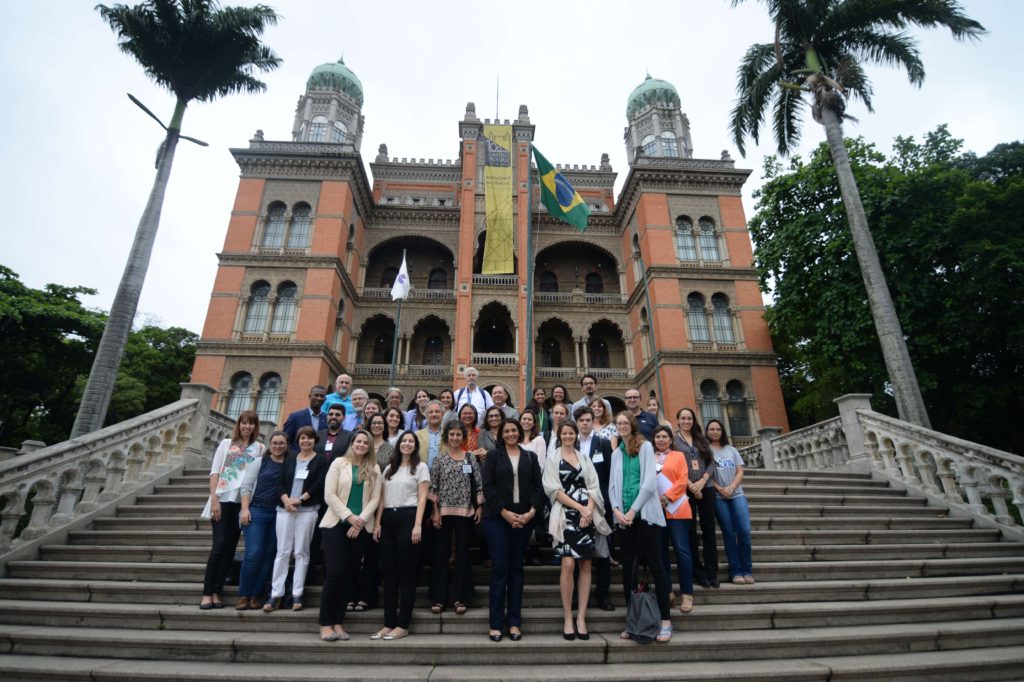