An update on the ZIKAction Vertical Transmission Study in Jamaica - Zika

An update on the ZIKAction Vertical Transmission Study in Jamaica

An article by Celia DC Christie

The ZIKAction prospective cohort study of pregnant women and their Infants to investigate vertical transmission (VT) of ZIKV, CHIKV and DENV started enrolling in Jamaica in June 2017. This study saw 606 pregnant women enrolled in Greater Kingston, Jamaica, as of April 14, 2019. Of these, there were some 428 total live births. The perinatal mortality rate is now > 40/1,000 births and the infant microcephaly rate is > 4%. These rates are much higher than baseline, suggesting the possible effects of asymptomatic perinatal ZIKA infections. The remaining pregnant women are all expected to deliver their babies by September 2019, thereby allowing at least 2 years follow up for neurodevelopmental and other outcomes for the youngest babies delivered in the study. We have therefore now stopped enrollment in all five participating antenatal clinics.

We will now be focusing on the challenging and important task of infant follow-up and recently started using supermarket food vouchers to entice mothers to bring their babies back for follow-up. We have also added pediatric clinics to accommodate the increased numbers. Already this strategy is proving to be successful.

We will now embark on a targeted retrospective testing strategy of stored maternal and infant samples, which will also include use of the research Hamburg and IgG 3 serological assays. Index cases (mothers and/or babies) to be tested retrospectively will also include those symptomatic with arbovirus illness, mothers with perinatal complications, including those with spontaneous pregnancy losses, those delivering still births, neonatal deaths, as well as infants with abnormalities, including microcephaly. We have hired an additional administrator to assist in sorting and organizing the >20,000 stored laboratory samples from the cohort to facilitate this targeted testing strategy. We have also trained a technologist in the new diagnostic Hamburg assay.

We welcomed an international ZIKAction consortium site visit to Jamaica of five persons, headed by Dr Claire Thorne. We are now working on writing up several baseline manuscripts, including ZIKA VT study implementation in Jamaica, obstetric ultrasonography in the ZIKAction VT study, sero-epidemiology of ZIKA, Chikungunya and Dengue in Jamaica, obstetric and perinatal outcomes and also the trends in infant microcephaly in Jamaica, 2008 to 2018. We are also examining epidemic dengue in children and in pregnant women in Jamaica following the recent dengue outbreak which is still ongoing. 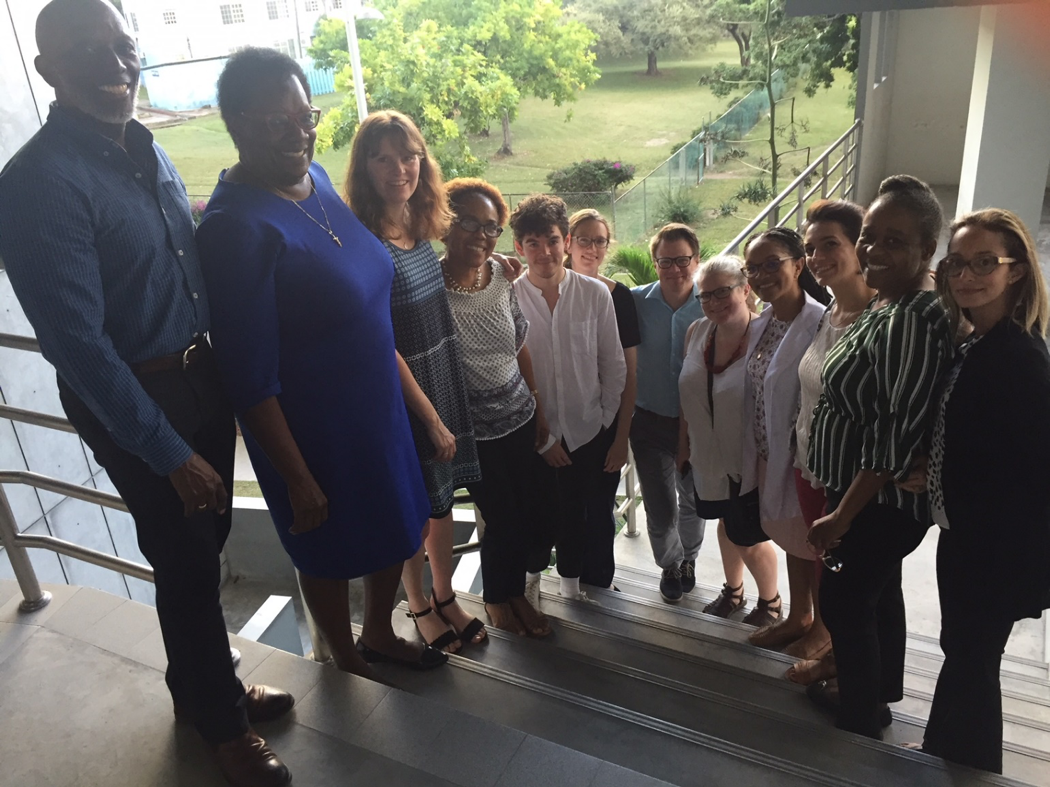 Note on the author: Celia DC Christie is a Professor of Pediatrics and Infectious Diseases at UWI Mona, Jamaica.